You are here: Home1 / Digital Marketing2 / Creating Engaging Videos and Their Optimal Length The Web – A Visual Medium and Engaging Videos

It is no wonder that MTV — the music television cable channel that first aired on August 1, 1981, grew in popularity, broadcasting “visual” interpretations of artists’ music. Record producers probably knew that by exposing music fans to music videos, they could reach a potential 95% of their audience.

Fast-forward to 1990, when the first WorldWideWeb browser developed for the NeXT Computer lead to the graphical internet that we know today. The web is a visual medium for the most part, and the birth of social media sites like Facebook, Pinterest, Instagram, and YouTube have helped fuel the graphic revolution, specifically amongst the video medium.

There are over 500 hours of content uploaded to YouTube every minute. It is no wonder that YouTube is the second most searched website in the world after Google. Facebook users watch over 100 million hours of videos daily on the social media site. There are tens of thousands of other videos watched and uploaded to other social media sites and private and public web pages daily. With so much video distributed throughout the internet, it makes it challenging for marketers to cut through the noise and grab your already waning attention span.

Whether a marketer should produce engaging videos or not is a pointless discussion. Of course, engaging videos must be part of your marketing strategy. The question is, how do you get viewers to engage with your video content, and how long should your video run?

The concept of online engagement is reasonably new, and pundits have not locked in consensus on the idea of what exactly constitutes engaging online content. According to research published in the MIT Sloan Management Review titled, Creating Online Videos That Engage Viewers, the authors — Dante M. Pirouz, Allison R. Johnson, Matthew Thomson, and Raymond Pirouz; professors of marketing at Western University of London, Ontario, Canada — offer a broad view of what constitutes engagement:

“We…define engagement as behavior that includes sharing but also extends to other forms of measurable user involvement.”

The other forms of measurable user involvement — noted by the scholars — include commenting, favoriting, and liking. In other words, engagement is anytime a viewer interacts positively or negatively with your content or, in this case, your video.

In their research, Pirouz et al. dispel several myths about online videos. Their results show that neither professionals nor amateurs are better than one another in creating compelling content for accumulating views. So, you do not have to run out and hire a professional actor to represent your marketing video; anyone can do the job.

Additionally, the study finds that: In their research, the team discovered that the number one element that increased positive engagement — views and likes — was the element of surprise. Interestingly, surprising yet frightening videos garnered more views and likes than videos with just an element of positive surprise. The team does point out that fear-inducing videos increase views but at the cost of generating negative attitudes toward the videos. The key is to produce videos that induce fear and surprise, not frightening videos like those found in horror movies, which decreased engagement the researchers found.

When looking at ways to invoke surprise, the researchers looked at hyperbole (exaggeration), incongruity, and novelty. They discovered that while hyperbole and surprise increased views and comments, it incited anger. That may work for political marketing campaigns, but not necessarily for brands looking to create a positive image.

The best approach for engaging videos, according to the researchers, is to pair the element of surprise with either something novel that viewers have not seen or show something counterintuitive or incongruent that also demonstrates surprise. For example, I conducted a non-scientific experiment on a Facebook group with over 27,0000 members. I posted varying videos to test the findings in the engagement study. The video that received over 200% more likes, comments, and shares was a video (shown below) of a cat attempting to chase a rat; in turn, the rat chased the cat down the street. The video displayed an element of surprise (the fact a cat would run from a rat), and it was equally out of place or incongruent to what we know about the relationship between a cat and rat or rodent. In other words, the video displayed visuals that are counterintuitive to how we see the world, and that alone created the elements of surprise, novelty, and incongruity.

The current assumption is that shorter video lengths improve viewership. That is, if your video time is short, then you will attract more viewers. The thinking coincides with recent studies that indicate people today have about an 8-second attention span, shorter than a goldfish. Add in the reality that 4,000 to 10,000 ads and messages bombard us daily; it makes sense to think that shorter is better when it comes to competing for attention.

Despite all of the noise and clutter that competes for our daily attention, shorter video length does not necessarily impact viewer engagement. What impacts engagement is content. Set aside most social media platforms’ hard video length limits; you are bound by them regardless of content and viewer attention span. You should direct your focus toward the type of story you want to develop and communicate.

Researchers discovered that shorter videos are not necessarily the most engaging in research conducted by Google’s Unskippable Labs initiative (see video below). What engages viewers is compelling brand stories, specifically amongst the Gen Z and Millennial demographics who have an anti sentiment toward being sold. Unskippable Labs found that the longer the ad, the greater the brand awareness and consideration of the brand offerings. The caveat, though, with longer videos is to develop a compelling, emotional story. The unskippable Labs study shows that longer video cuts (30-seconds and 2-minutes plus) increase brand favorability. An increased interest in a brand with the longer video allows more time to develop an emotional connection between the brand and the viewer.

Shorter ads, like 15-seconds, showed ad recall; however, they did not change a consumer’s mind in regards to liking a specific brand.

What is the Optimal Video Length for Engaging Viewers?

While the Unskippable Labs study measured videos up to around the 2-minute mark, another study conducted by Wistia concluded that the optimal length for a video is between 2 to 3-minutes. Engagement exponentially drops off after the 3-minute mark.

For best the optimal video best practices, it is best to keep your marketing video under 3-minutes. For brands that want to tell a story, the 2-3 minute video range is optimal without introducing the brand until after the 1-minute mark. For brands looking to halo their brand name and build brand recall, shorter videos, like 15-second videos, do well.

Video is a fast-growing medium for marketers. The challenge is knowing the right amount of time a marketing video requires before viewer engagement falls-off. Studies show that the optimal video length for engaging videos is 2 to 3-minutes for brands looking to increase brand favorability amongst their viewers. Anything longer than 3-minutes, then viewer engagement drastically drops. Brands looking to increase brand recall do better with shorter videos that are 15-seconds.

Choosing the Right Social Media Platform for your Business 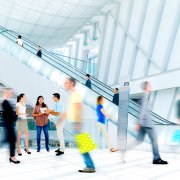 Does Your B2B Company Measure up to Marketing Excellence?