You are here: Home1 / Analytics2 / Catapult Your Sales by Setting the Right Facebook Ad KPIs If you have ever spent money advertising and promoting your product or service on Facebook, you undoubtedly had an objective in mind. For example, maybe your goal was to generate $10,000 in sales from a specific campaign or that you wanted to sell 500 units of your product or, perhaps, sign up ten new clients.

Whatever your goal was, have you ever measured your ad campaign performance relative to your objectives? That is, did you establish key performance indicators (KPIs) to determine if you are on track toward reaching your goals? Don’t worry; if you have not, you’re not alone.

As social media advertising spend amongst business owners and marketers increases yearly (see eMarketer.com chart below), so does the competition. To give you a competitive advertising edge, I discuss several Facebook ad KPIs to monitor when advertising on the social media platform. I also discuss why they are essential to your sales success. What Are Key Performance Indicators (KPIs)?

Before I dive into the Facebook sales KPIs, allow me to provide an overview of what a KPI is; for those that need a refresher explanation, of course.

A KPI is a strategic objective that targets where you want your company to be by a specific date. It helps you monitor where you are at the present moment with where you want to be in the future.

One example of a KPI may state,

“We will increase revenue for product “A” by 10% by the end of the second quarter.”

Notice that the stated objective is to increase revenue for a specific product. The target is a 10% increase by a particular date. The more specific you write your KPIs, the easier it is to measure them.

As part of an ongoing ad campaign management process, I recommend two essential metrics for your Facebook advertising success. The first metric is the Cost-Per-Action (CPA) metric.

Cost-Per-action, sometimes referred to as cost-per-acquisition, is perhaps one of the critical KPIs that you want to track for ad spending. CPA allows the advertiser to pay for only the actions a user makes due to your ad.

An action can be any one of the following: A sample ad from Facebook desktop news feed shows the advertiser using CPA advertising to increase downloads of their article.

For example, you can use CPA to monitor and control costs for visitors who click on your ad link versus paying for cost-per-impression (CPM).

Depending on your ad and desired action, CPA could cost you less than deploying a CPM ad strategy.

A high CPA cost can lead to higher costs and indicate that your Facebook ad is not performing well. However, the caveat is, you may experience a high CPA in the initial days that your ad is running. It is best to allow your ad to run for at least three days before checking the CPA. Suppose your ad CPA is still high after a few days from its initial launch. In that case, you need to make adjustments to your ad visuals or headline, target group, or Placement.

Reduce Facebook CPA by 20% over the next three months.

The KPI assumes that you are past the initial ad launch by at least three days and that your CPA is higher than usual. Note that the KPI has a strategic objective to improve ad costs. It states a measurement strategy to reduce costs and has an explicit target within the next three months.

To calculate CPA, divided the advertiser’s cost by the total conversions (or actions taken due to your ad).

Your CPA in this example is $40 per action. Some may regard this as expensive. However, compared to industry benchmarks, if you are in the auto, home improvement, or finance and insurance industry, the CPA is considered lower than average. If you are in the apparel industry, your CPA is high, and you must make adjustments to reduce your costs. The clickthrough rate (CTR) metric is vital to monitor, especially for ads running two weeks or more. Although CTR is a simple metric, it is a telling one.

A CTR drop may indicate that viewers are passing on looking at your ad in their Facebook feeds. Like products, ads have a shelf life too. For example, suppose you experience a 1.6% CTR for beauty products with a specific ad. In that case, your ad performs at the industry benchmark. If your CTR drops to below 1.6% and continues to decline over time, it may be necessary to change your ad’s visuals or the headline, or both.

Suppose your ad does not generate any clickthrough. In that case, it’s also an indication that there are possible issues with your ad’s visuals, headline, or target market. One suggestion is to turn your ad off and run several ad tests to determine which ad generates an increase in CTR.

As an example, let’s assume that your ad received 200 clicks from a total of 1,000 ad impressions. That’s a 0.20% CTR rate; it’s low for almost all industries where on average, the CTR is 0.90%. In this example, you missed your 0.8% CTR (as noted in the above KPI example) and would need to adjust your KPI and tactics to reach the 0.8% CTR before trying to accomplish the 1.4% CTR. Your new KPI may read like the following:

“Establish a 0.8% CTR benchmark in the next two months.”

On the other hand, if you reach your KPI, you will want to set new goals. To optimize is to make something as good as possible. Our goal is to consistently “tweak” the ad until it is as good as possible for Facebook ad optimization. When optimizing an ad, aside from changing the visuals and copy, headline, or call-to-action (CTA), there are five key optimization areas to focus on:

Additionally, for new Facebook ads, it’s best to allow the ad to gather data for at least five days after launching the campaign before you begin the optimization process. For older advertisements that were once successful and are now showing a lower CTR, take a look at the visuals, copy, or headline before optimizing any of the above criteria. (See the section on CTR above.)

You’ll launch your ad campaign targeting a specific age group. However, you may find that your highest converting age target group is something else. Facebook allows advertisers to target subscribers from the age of 13 to 65+.

As your ad matures, examine your best-converting age groups. Are they what you expected? Did you discover an entire age segment with a higher conversion rate than your initial age target group? The strategy with age is to move your entire budget to the highest converting age demographic.

Two possible key performance indicators for age demographics may read like the following:

“Increase CTR in the age demographic (ad your age range here for the best converting CTR) to 35% conversion within the next 30-days.”

“Increase sales in the secondary age demographic by 5% in the next seven days.”

Facebook allows the advertiser to target a specific gender, men and women. Following the same guidelines as with the age demographics section above, examine which gender category is converting more. Suppose one gender demographic is higher in conversions. In that case, it may be wise to move your ad budget toward that gender category.

Your product may not be suited for both genders. If it does apply to both genders, optimizing the ad for the poorly performing gender demographic may be required.

An example KPI for this demographic may read like this:

“Improve conversions for (gender with low conversions) by 25% of the higher-performing gender category within two weeks.”

It’s best to begin your ad campaign targeting one specific region, providing that your product or service is suitable for that region. Allow at least five days to pass before reviewing the CTR for the ad. If your ad is performing poorly, your options may include optimizing the ad image or headline.

Once you have mastered and increased the Facebook ad CTR of a specific region, begin experimenting with other same language regions. If you target countries that are non-English speaking, your ad will need to reflect the native language.

Two possible key performance indicators for the country/region metric may read like the following:

“To increase ad conversions in (name of country) by 25% in the next two weeks.”

“To enter into new territory (name territory) and have sales earning $500/month by the end of February (or whichever time frame you decide to specify).”

The Placement KPI (or Place) is one of the 4P’s of marketing. Placement identifies where you promote your product or service.

Facebook offers several ad placement locations on its desktop and mobile platforms. The key is to find the optimal Place on their platform that delivers the highest conversions for your ad.

As a general rule, ads performing lower than 1% conversion may need further monitoring and continue to underperform, optimize the ad, or eliminate its Placement.

Another good practice is swapping the low-performing ad spot with a higher-performing (converting) ad to see if the Placement is driving down conversions or the ad itself.

One possible KPI for Placement may read like this:

“Increase ad conversions of the Facebook right column ad to 10 complete sales per week by the end of the month.”

The KPI assumes that you are running several ad placement spots and want conversion improvement on the right column ad.

Frequency refers to the number of ad impressions shown to an individual. Frequency becomes essential when the ad shown continues to increase and your conversions begin to decrease. The cause is likely one or several of the following:

Frequency also correlates with increased ad costs. As your frequency number increases, so too does the cost of the ad.

A possible KPI for Frequency may read like this:

The KPI addresses the increased impressions the ad has and the goal of reducing the impressions per person to reduce ad expense and increase conversions per impression.

Calculate Frequency by dividing the number of impressions by the ad Reach (how many ad exposures per unique individual).

Facebook advertising can be lucrative for your business if executed effectively. Setting useful KPIs, monitoring them, and making the necessary adjustments along the way to correct for low-performing ads is essential to your ad success. The key to successful optimization is to monitor and fine-tune your progress consistently. When something is not working, test and adjust until it does work. 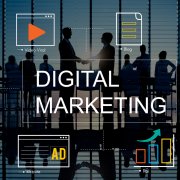 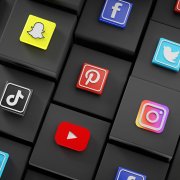 Choosing the Right Social Media Platform for your Business
0 replies

Top Reasons Why B2B Buyers are Switching from Their Suppliers During COVID-...
Scroll to top